Minimalism. Doing more by doing less. Look at the next two lines:

The first line is clear. Precise. Concise. The second one has more variety, but it doesn’t make the bold statement which the first one does.

A bunch of crossovers strung together won’t always serve the desired result as a few well tought out moves will. Allen Iverson barely does anything in this move. He establishes his feet, nods his head for a screen, shimmys and as a result freezes a world class athlete in his shoes. Each one of those movements serve a individual purpose and the combined effect allows Iverson to get an open shot off with the clock winding down.

Here’ he gets the ball with 7 seconds left on the clock. He jumps the catch the ball, lands on his left foot and extends the right as if to drive right. First fake.Advertisement 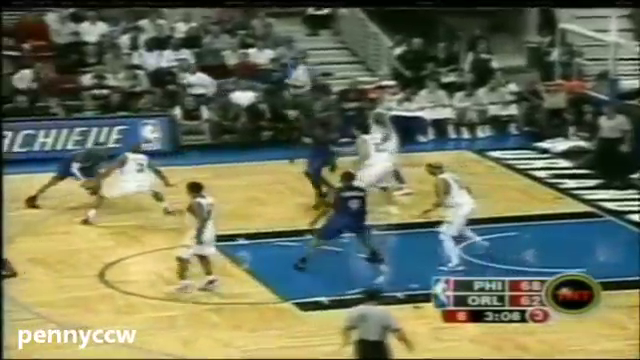 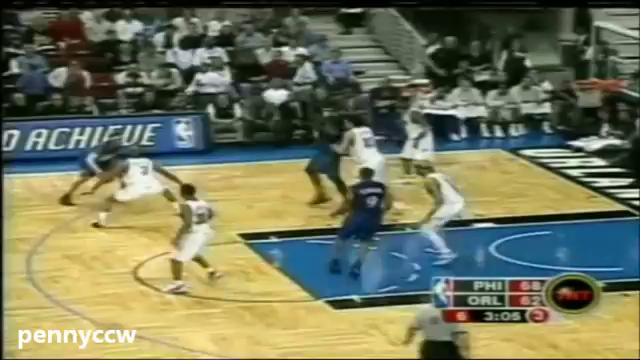 Here Iverson looks at the screen like a swimmer emerging from underwater for air. He oversells it to make his intention to use the screen transparent. 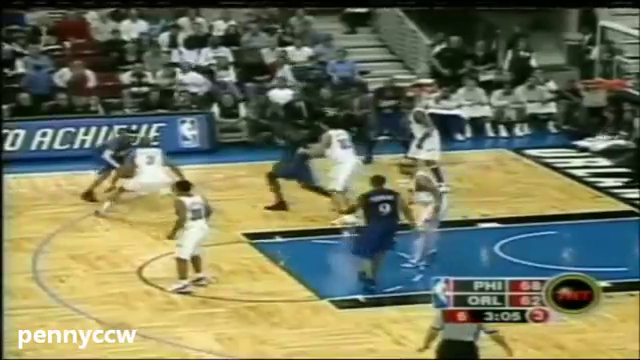 At this point the D is thinking that maybe Iverson is faking the use of the screen. Because he’s being too obvious about it. Iverson looks back at the defender, as if to gauge whether he’s bitten for the screen. The look conveys that Iverson is seizing up the D and looking to go right.
Take a look at the defender’s left foot. It’s just inside the 3 point line. 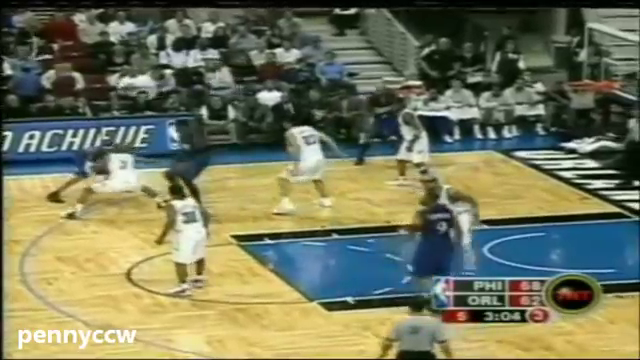 After setting up his man with an architect’s precision, Iverson jab steps with his right foot. And look at it after the fake. 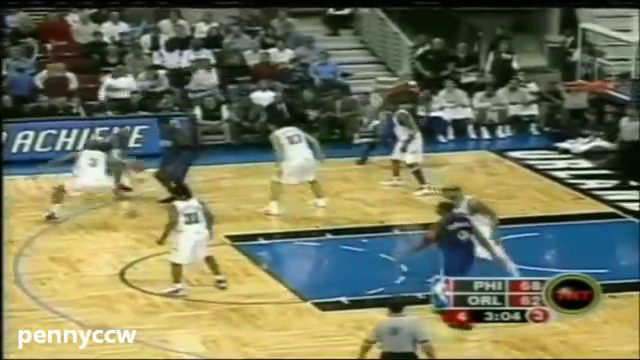 He’s bitten hard on the fake. The left foot is outside the three point line. 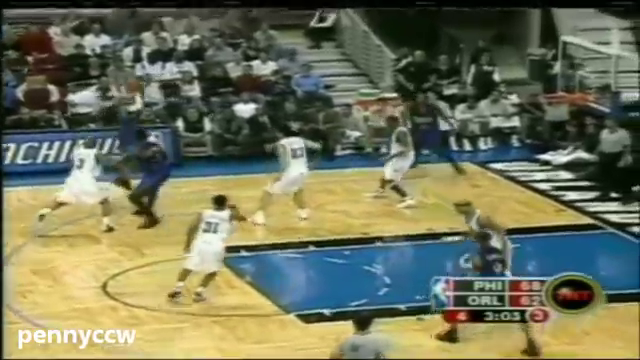 He’s haplessly jumped outside to block Iverson’s drive to the right. Even before he lands, Iverson has elevated for the jumper.
The part which makes the highlight reels is just the jab step and the jumper. The jab step wouldn’t have worked unless Iverson had sold its setup so well with the head fakes.